Japanese Beetles are an annual problem for many common landscape plants in northern Illinois. Severe infestations can lead to complete defoliation of plants which stresses the plant and in some instances can lead to plant death. 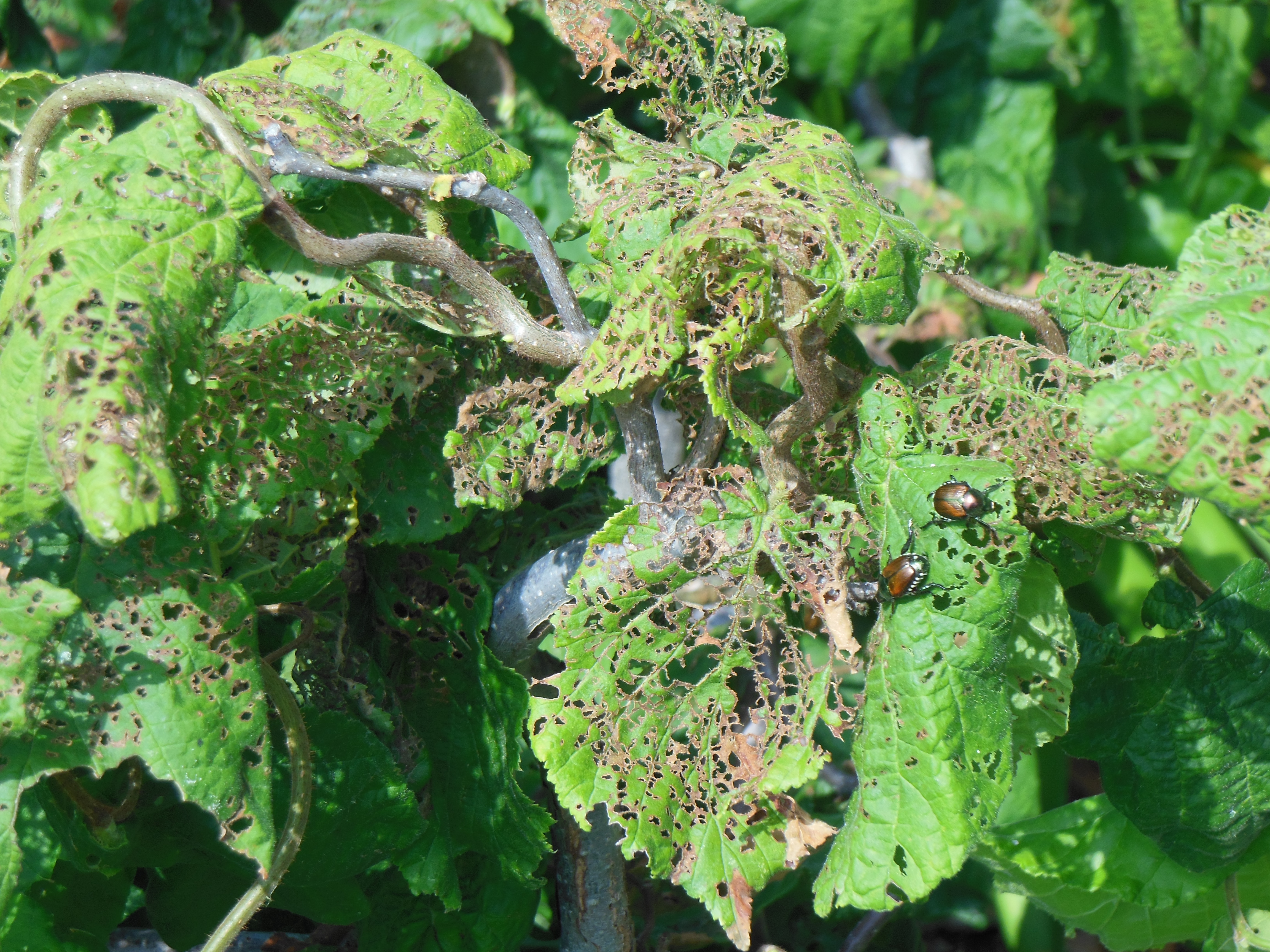 This insect’s larvae overwinters in the soil as a small white grub. In the spring, they will move closer to the surface and begin to feed on small roots of plants like lawn grass. As they mature, they will pupate (change form) into a small beetle with a metallic-like shell. They typically will begin to fly around and feed on plants starting in late June / early July. Their main feeding window is from early July until the end of August. In the fall, the adult insects will tunnel underground and lay their eggs in the soil.

When the Japanese Beetle are present, there are several different products that can be effective against them.